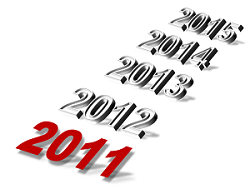 The housing market has been in a downward trend for four years. There is some speculation that inventories will not reduce any time soon which will be necessary for prices to rise. However, there are other factors that can increase the cost of housing, specifically mortgages. FHA accounts for a large percentage of the current housing loans and is expected to be even more prominent when the Qualified Residential Mortgage Guidelines go into effect next year.
In an effort to solidify the lending industry, qualifying is becoming harder for the buyer and more expensive at the same time. Many of the rules changes could go into effect next year. In addition, market factors could easily play a role in increasing buyer’s costs. Waiting will very probably require a larger up-front investment for buyers in the future.
Posted by Triplett at 10:34 PM 0 comments

Check out this link, where a head US housing strategist discusses the future of home-ownership and renting in our society.  This is the forefront of the housing market!

http://speakingofrealestate.blogs.realtor.org/2011/10/31/morgan-stanley-u-s-becoming-rentership-society/#.TrlVutY1ycA.email
Posted by Triplett at 11:28 AM 1 comments

One Size Doesn't Fit All 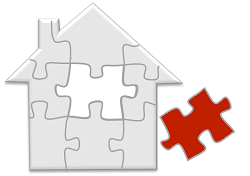 Rarely, does one size fit everyone and the same goes for advice. The following suggestion is not right for everyone.


However, for people with job security and who don't own a home; for people with good credit and enough savings for a down payment, there may never be a better time to buy a home.


Homes have had a significant price correction but in many markets, they have started to rise again. The lower prices combined with historically low interest rates make this an opportune time to buy a home if you can afford it.
One of the reasons homes are an attractive investment is the fact that you can use a small down payment and finance the balance for 30 years. The principle, called leverage, allows you to earn a return on the value of the home rather than the actual cash investment. Small appreciation can create a large rate of return on the initial investment of the down payment and closing costs.
The following example is a projection at the end of five years for a $175,000 home with 3% closing costs and a 5% interest rate for a 30 year term. The rate you see in each column is an annual rate of return based on the equity of the home at the end of the five year period due to both appreciation and amortization of the loan.

The nature of positive leverage will cause the returns to be higher with a smaller down payment. As you see in the table, the return is higher on the 3.5% down payment than with the 10% or 20% down payment.
If you're curious to see if this advice might fit your situation, you really need to sit down with a knowledgeable Triplett real estate professional who can help you assess your position. It's worth the time because there may never be a better opportunity than now.
Posted by Triplett at 11:24 AM 1 comments

It all seems perfectly reasonable: one person is not satisfied with what he can earn currently in the market and another wants to find the most attractive mortgage to purchase their home. It can be a good match but the IRS has specific rules that govern the transaction. 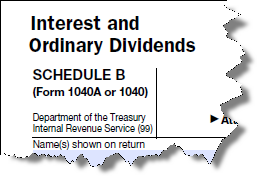 The loan must be done in a business-like manner with a written note specifying the loan amount, interest rate, term and collateral. IRS requires that the mortgage be a recorded lien in order to allow the interest deduction.
Sometimes, these friends and family situations have a less than normal interest rate on the mortgage. However, the rate charged in the note is regulated by the minimum applicable federal rate which is published monthly by IRS according to current Treasury securities. For October 2011, the rate is 2.95% for terms over nine years.
The seller must report the interest paid to them along with the name, address and Social Security number on schedule B when the buyer uses the property as their principal residence.
A mortgage between family and friends can be good for both parties. It may allow the borrower a slightly lower rate without the expenses of a traditional lender while giving the note holder a higher rate than they can earn in available investments. Your tax professional can guide the transaction whether you're a buyer or seller, and your Triplett real estate professional can help arrange to have the documents drawn and filed.
Posted by Triplett at 11:17 AM 1 comments

It takes money to buy a home: yours or theirs. If you're not going to pay cash for a home, you need to find out exactly what you can borrow and what it will cost before you start looking at homes. 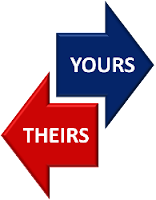 The mortgage process is not as clear cut a path as it was a few years ago. It is certainly more complex, takes longer and assumes that you're credit worthy. If you have less than stellar credit, a trusted mortgage professional can advise you how to improve your individual situation.
You are entitled to a free credit report from each of the three major credit bureaus each year. Go to AnnualCreditReport.com to get a copy of each from TransUnion, Experian and Equifax. Read the reports to determine if they're accurate. Surprisingly, about 90% of all reports have errors.
You can try to correct them directly with the credit bureau, but a trusted mortgage professional can help you with this process too. They have tools that are not available to individuals. Some errors may not be serious but others will keep a person from qualifying.
Housing affordability is at a near record height due to the incredibly low interest rates and low home prices. Some areas are experiencing absorption of the inventories which could impact price. If you're going to use "their" money to buy a home, the first step is to talk to a trusted mortgage professional. Call us for the name of a trusted mortgage professional.
Posted by Triplett at 10:57 AM 0 comments 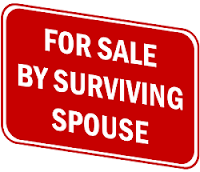 The IRS has given special consideration regarding the sale of their jointly-owned principal residence after the death of a spouse. If the surviving spouse does not remarry prior to the sale of the home, they may qualify to exclude up to $500,000 of gain instead of the $250,000 exclusion for single people.
If you have been widowed in the last two years and have gain in your principal residence, it would be worth investigating the possibilities. Contact your tax professional for advice about your specific situation. Contact us to find out what your home is worth in today's market. See IRS Publication 523 - surviving spouse.
Posted by Triplett at 10:55 AM 0 comments